The first in a new series of Newstalk/Red C polls ahead of the general election on topics important to the electorate has found that the majority of the Irish population would be in favour of legalising abortion in certain circumstances. 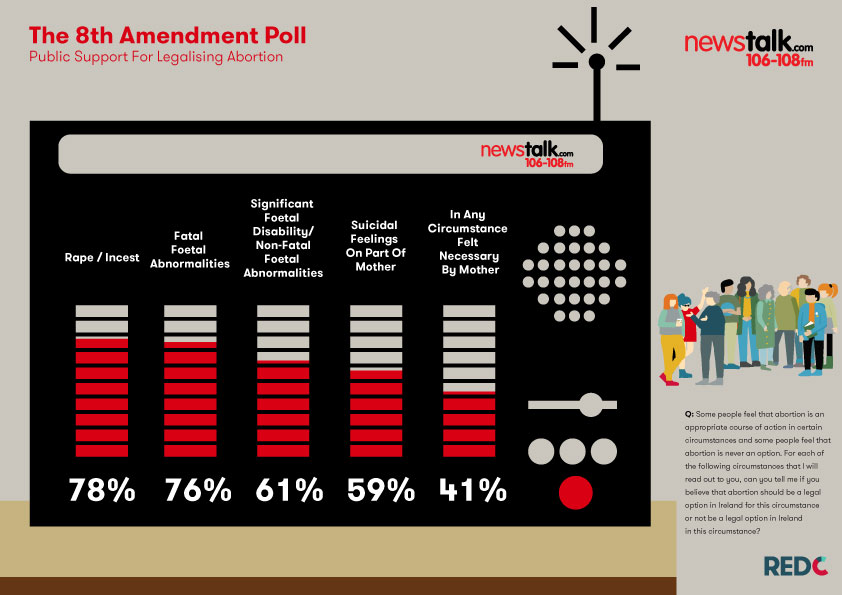 Differences amongst male and female respondents do not vary widely. The widest divergence is in the case of non-fatal foetal abnormality where 66% of men agree that abortion should be an option while only 57% of women agree with this assertion. Those among the oldest age groups are somewhat less likely to support changes in the law than those in younger age groups.

The combination of clear support for legalisation of abortion in certain circumstances, coupled much lower support for removal of the 8th Amendment altogether is interesting.  It suggests that while seeking changes to the law, many remain committed to the ideals of the 8th Amendment.  Indicating that while at a national level the people want to see abortion laws within Ireland revised, they still want to see careful governance retained.